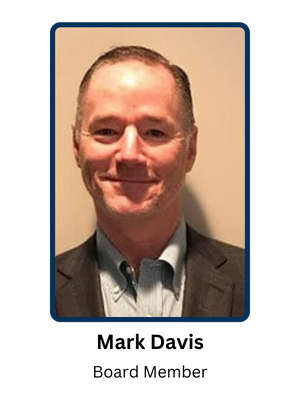 ​“I can’t think of anything more important or rewarding than helping young people succeed, particularly those with obstacles in their path. This is the laser focused goal of Steer, which is why I’m so excited to be a part of this team”

Prior to forming Lank, Mr. Davis spent over 20 years in a variety of senior investment banking positions.  Mr. Davis is a skilled manager and a seasoned banker who has advised CEO’s and Boards of Directors on corporate strategy, capital markets, and merger and acquisition tactics and execution. From 1996 to 2003, Mr. Davis was a senior executive at JPMorgan Chase. He was Head of the Merger and Acquisition Group, where he built a global department and grew M&A revenues from less than $10 million in 1995 to over $900 million in 2000, while personally soliciting and executing a large number of important M&A and corporate finance assignments. He also oversaw Investment Bank Recruiting. Mr. Davis was promoted to Head of General Industry Investment banking in 2000, and was also named Co-Head of Investment Banking Coverage, a $10 billion revenue business. In 2002 Mr. Davis was named Vice Chairman of Investment Banking and Chairman of M&A.

Previously Mr. Davis was at Salomon Brothers, where he was Co-Head of M&A, responsible for all aspects of managing and leading this bulge bracket M&A group, as well as for advising and working with many of the firm’s most important clients. Prior to that he was a Managing Director in M&A and Corporate Finance, responsible for some of the firm’s largest accounts and deals. Before Salomon he was a Vice President in M&A and Corporate Finance at Kidder, Peabody & Co.

Mr. Davis has served on the Board of Directors of numerous private companies and 3 public companies: Scott Paper Company, Worthington Industries and Valassis Industries. He was on the Board of Trustees of Manhattanville College for 9 years, where he was Chairman of the Finance Committee and a Vice Chairman of the Board. He served as President of the Board of Governors of Manursing Island Club and as a Board member at Wykagyl Country Club. He also served as a member of, and then President of, the Alumni Council of Dartmouth College.